Today I am thankful for unintentional PRIDE.

Today marks the end of Gay Pride week in San Francisco. Just after midnight this morning, Nick and I found ourselves in the thick of the action...totally by accident. And it was amazing. AMAZING. Seriously.

But now I know it was fate. I was meant to see this thing called PRIDE in the heart of the Castro.
After rearranging our route as to not wait for an hour, we hopped on a train with destination Market Street and Castro. We were smashed against a girl in a mini skirt, crazy blonde wig, and Mr. Potato Head Pink glasses. The train lurched to a start, and then the party started! I have never enjoyed a MUNI ride so thoroughly!

As we surfaced from the underground station at Castro Street, I could hear a rumbling getting louder and louder as we climbed the steps. And then we were surrounded. I don't know that I've ever seen such a crowd. The streets were blocked off and the neighborhood was transformed into a nightclub of sorts. There was  a band playing, everyone was dancing, and the hill was lit up with a giant, pink triangle.


I think my jaw literally dropped at the sight of it all. These kinds of crowds and crazy events are not something that I actively seek out. Actually, I avoid them like the plague, so had I known what I was going to walk into, I would have taken a cab instead of MUNI. But I'm so glad I was able to be a part of the fun. It was whole lotta fabulous! 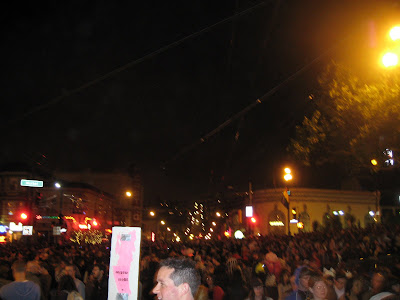 I can still see the image of the massive rainbow flag blowing in the wind. It was an awesome, awesome sight to see so many people celebrating equality and freedom. What a fun detour we took!
Posted by Emily at 9:24 PM

Email ThisBlogThis!Share to TwitterShare to FacebookShare to Pinterest
Labels: PRIDE 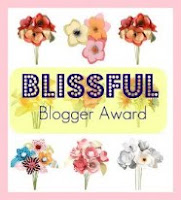